Following on from the rather intense morning of pump training, the first thing I wanted to do was to buy a bag/receptacle to fit all of the supplies in so that I could de-medicalise it as much as possible – well, as much as you can de-medicalise a syringe ha!

I nipped to the shops and picked up a wash bag from Muji which I thought would do the trick perfectly.  I then may also have ‘fallen’ in to a few other shops and accidentally treated myself to a few items … oops.  The funniest thing was that I was carrying around Beryl’s box which is quite fancy looking and the check-out guy in Topshop asked what it was, when I answered with ‘it’s an insulin pump’ the whole transaction became quite awkward and he didn’t charge me for one of the tops I bought whoop! 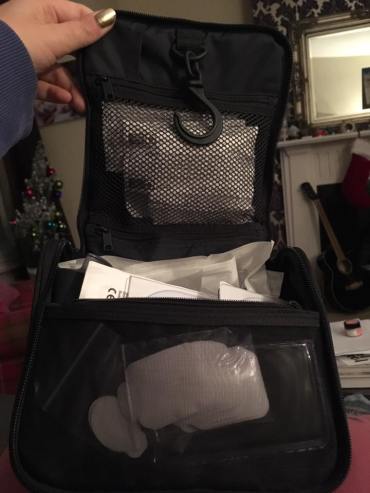 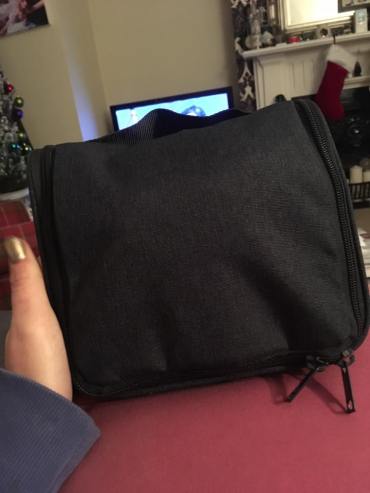 Once I got home and opened up all the boxes and filled my new bag I began to feel a lot less overwhelmed by the whole thing and got excited about getting started.  I began entering food items in to the food library and tested and bloused accordingly (not forgetting to actually inject some real insulin from my trusty pen!)

I put my first pump site on my thigh, this was very comfortable and didn’t cause me any problems overnight.  I was half expecting to wake up in the night to some sort of alarm but Beryl slept right through and was still fully functioning the next morning. 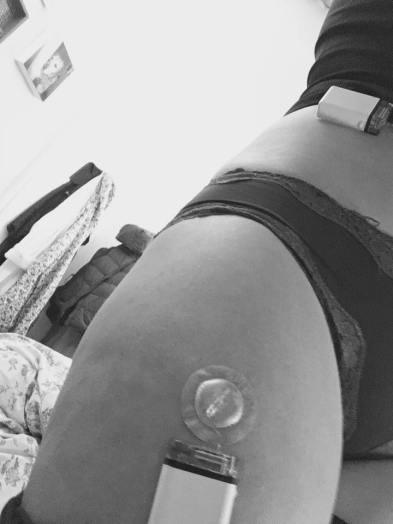 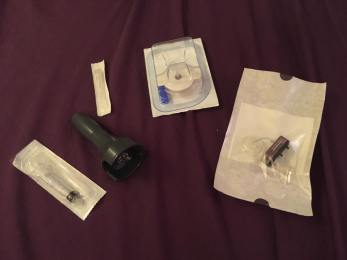 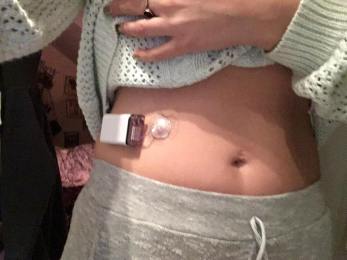 As I have mentioned before, I like to partake in a number of different exercise classes throughout the week and I was keen to see how Beryl would fare during these.  The first class was a reformer pilates class for which I wear gym leggings and these fit nice and snugly over Beryl, holding her in place.  I barely noticed her throughout the class and word is she quite enjoyed it!

The second class I tried was a spinning class, again, a pair of gym leggings made sure she stayed firmly in place and I didn’t notice her.  Two out of two successes whoop! 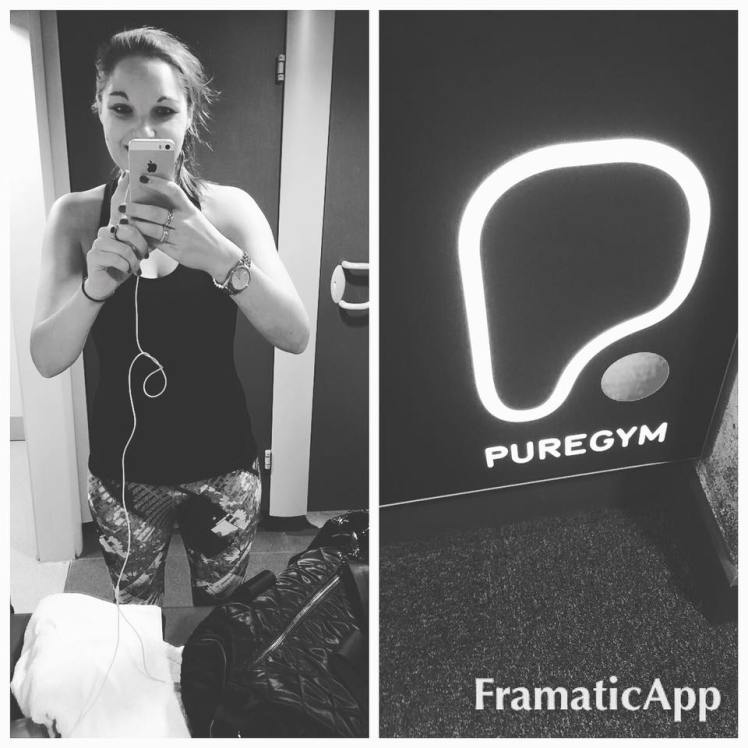 I was building myself up to a site change and thought I would maybe try her on my stomach rather than my thigh for a change.  Mum had thought that having her on my thigh might cause problems when it came to me wearing my weekend attire of choice – usually a pair of skinny jeans.  I tried this out and actually it was totally fine, the only thing I would say is that you could see Beryl through the tight jeans so maybe if it was a special occasion I might avoid wearing her there.

I decided that I would do the first site change in the evening and made sure I had plenty of time and was focussed on the task in hand.  Before starting, I messaged the whatsapp group we had set up for our ‘pump adventure’ for some tips and moral support!  I was surprised at how straightforward it was and how little time it took.  I think I spent about 15 mins from start to finish including priming it and starting the basal delivery.  I don’t think I made any mistakes and it all worked fine in terms of the technology etc.   I put the new site on my stomach and although this hurt more than the thigh when I inserted it, it was only a small prick and it then became as comfortable as the leg site.  The only thing I noticed was that I definitely knocked it a bit more in this location! 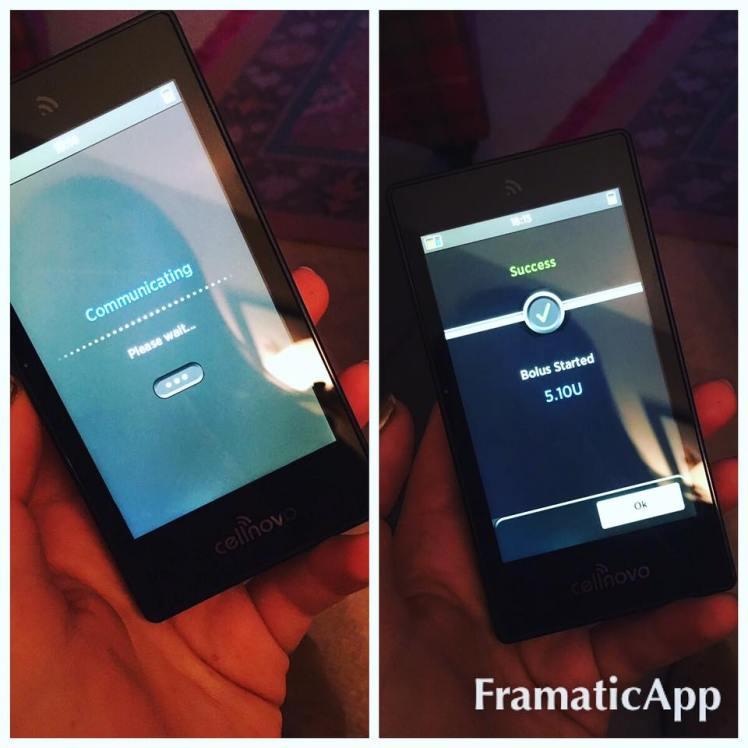 I then tried my third activity with Beryl and this was swimming.  I think the stomach site may be best for this as it is then concealed and held in place by my cossie whereas it would be more exposed when on my leg.  I swam for 30 mins followed by a 10 minute shower and she didn’t make a peep the whole time which I was pleased about.  I know that it is possible to remove her for short periods of time but I don’t feel it necessary in this instance.

I feel that Beryl and I have had a great start to our relationship and am now super excited to get started on actual pumping of insulin!