You know when you say something and IMMEDIATELY regret it?! Well, let me tell you a little story!

As I have mentioned previously, we are a rather competitive family.  When we were on holiday in Corsica earlier this summer, I made the mistake of saying the above phrase in front of my highly competitive youngest sister and this of course lead to the first instalment of Masterchef Corsica.  Over lunch, we decided that there was only one way to settle our differences in opinion and that was with a cook off.  We were each given an evening of the holiday to prepare and serve a three course meal to the family…no recipes allowed – an invention test if you will!

We both scurried around the supermarket putting secret ingredients in to the trolley before Dad dutifully paid the bill and the competition began!  We flipped a coin and Cal won and chose to go first.

Once back at the villa, we all went our separate ways, Mum and I did some yoga, dad read his book and Cal beavered away in the kitchen for a good few hours. She then emerged looking very hot and bothered and announced that nothing was working and it was going to be a disaster…great, I thought, I’ve got this one in the bag 😉 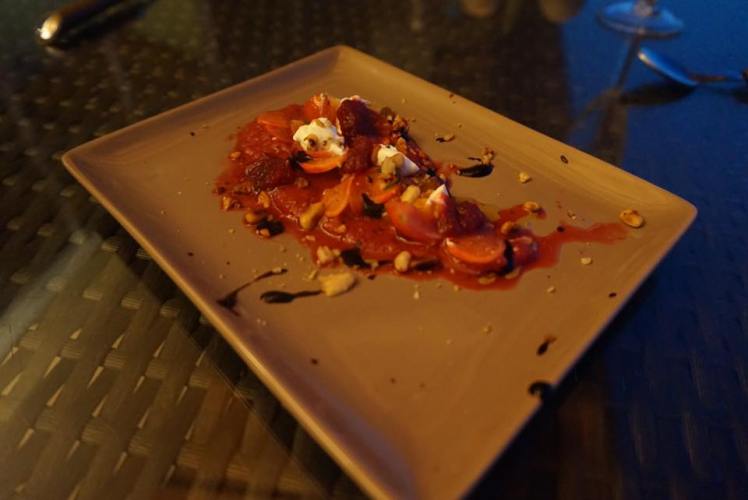 STARTER – Textures of Beetroot and Tomato with Crème Fraiche and Balsamic

The starter was amazing – it even included beetroot jelly!  So much for everything being a disaster – I was slowly watching my chances fly out of the window! 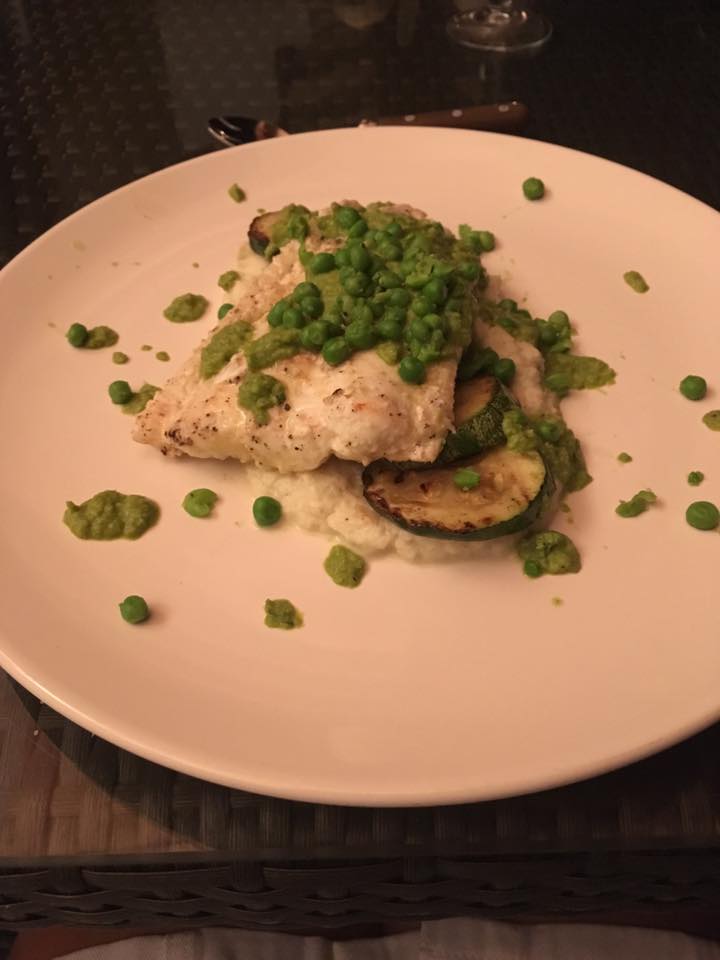 Once again, she knocked it out of the park. As we both try and pretty low carb, we opted for low carb options as much as possible and this was truly delicious! 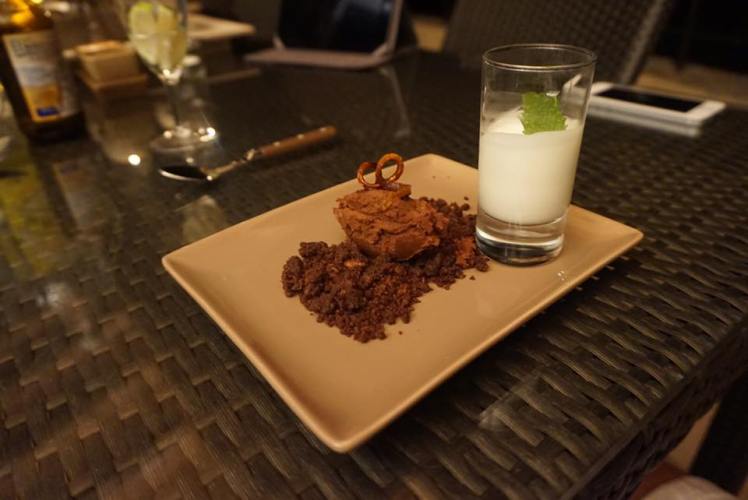 Cal didn’t disappoint with a truly decadent dessert which both of us guessed 4 units for and seemed to be correct as blood sugars stayed steady through the night and in to the next morning.

Well, my confidence was well and truly squashed after THAT, what an amazing meal!  The next night was to be my turn and I knew I had a hard act to follow.  The only thing I knew for sure was that I would definitely win on how clean and tidy the kitchen was afterwards – it looked like a BOMB had hit it!